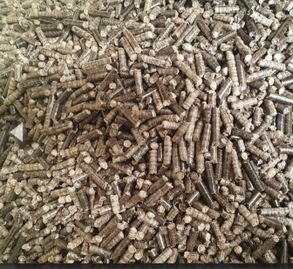 Of course, many people have heard of the term wood pellet, or what if translated into wood pellets. Some people, some already understand what wood pellets are, and the function of these products, but some don't.

What are wood pellet?


Wood Pellet itself is an alternative fuel made from sawdust, or wood materials. Generally this one fuel is used by countries with 4 seasons, as an alternative fuel to replace coal. There are quite a lot of benefits that can be felt by users, when using this one raw material, such as being able to be used to warm a room, cook on a stove, burner or others.

Generally, the raw materials for making wood pellets come from sawmill waste, logging waste, and other wood industry waste. What needs to be considered here is that the wood material, has a fairly high level of ligand, as a natural adhesive.

In terms of appearance, this wood pellet looks smooth, and shiny, with few cracks, which makes it look like a crayon. This material is very flammable, and the results of the flame are also quite good.

Use of Wood Pellet

As briefly explained above, currently wood pellets are indeed widely used by many developed countries, especially countries with 4 seasons, as an alternative fuel. If you used to use coal as fuel, then this is an alternative that is considered safe and practical to use.

One of the reasons why currently many people are switching to wood pellets is that it is more cost-effective than other fuels, and is easier to obtain.

Considering that there is indeed a lot of this fuel in this country, it has made the wood pellet industry continue to move into the export market, and has expanded to several countries such as South Korea, Japan, and others.